I'll say it out here loud and proud...

Long runs and some thoughts..

I had a post I was working on but then I just stopped and forgot all about it. Wanted to pen some thoughts down, but after looking at it now, it seemed pretty irrelevant to finish it, so I'm just gonna start out a new post. But will pen some new ones if any.

Anyway, I wanted to share some pictures I took during a long run I did about two over weeks ago, my first long run in a long time. I did about almost 10k, out in the fairly cold weather, and I ran from my house at 89th St and 37th Ave all the way down 37th to 111th St, and went over to Corona Park. It's probably the nearest park to my place. If you didn't know Corona Park is basically where Flushing Meadows is, and it's the home to the Tennis US Open which takes place in September every year. The park itself was a nice run, it was full of trees and fields, and there were so many fields that I even saw people playing football (ie. soccer in OUR world), and some of the fields were occupied for actual football matches. There were trophies and stuff. But most of the players there were Latino (no surprise there, eh?). Anyway, I'll let the pictures speak for itself. 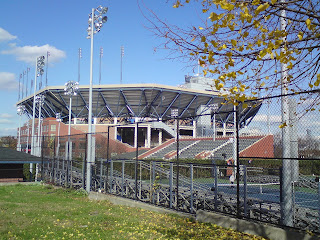 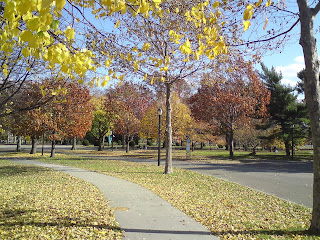 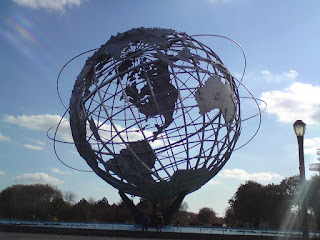 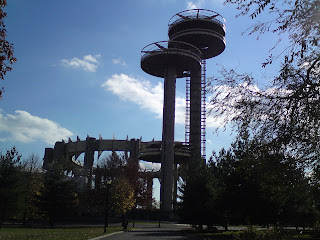 Men In Black anyone? 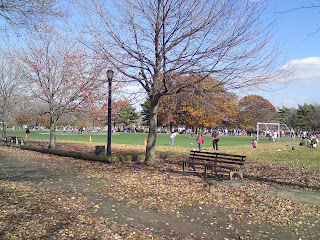 Soccer!
Well, running in Corona Park was simply awesome... beautiful. I wish KL had more of something like that. At least there's still Lake Gardens.

I did my first paying jazz gig on Friday with a Japanese guitarist, Yujin Amano, at a club called RJ's Bar Lounge and Grill in Bay Ridge, Brooklyn. Bay Ridge is at the edge of Brooklyn, just overlooking Verrazano-Narrows Bridge which connects to Staten Island. I got this gig thanks to my buddy Rozhan actually! He was in town for a couple of days with his soon-to-be wife, Rie, and while meeting him up for a hang out, he hooked me up with Yujin. He was looking for a sax player for his gig at RJ's.

The gig turned out pretty nice, actually. It was a small set-up - sax, guitar, electric bass and drums. We played some funk/jazz/smooth jazz kinda stuff (almost similar to my old GJ days - if you know what I'm talking about), but less of the self-gratification, so that was pretty fun for me. We did some Stevie stuff, and even some electric Miles. Best thing was, it felt nice to be playing after so long, and (hopefully) making some music!